44% of salespeople give up after the first follow-up. Just to put things into perspective, 80% of successful deals require at least five follow-ups and multiple calls to close.

The way I like to put it, the fortune is in the follow-up… quite literally. Of the million things sales reps have to deal with, following up is such a key aspect of the job. You’re jumping from one call to the next, talking to new prospects, filling out your CRM, and trying to stay on top of new leads. Inevitably, deals and follow-ups will fall through the cracks. Here are five ways you can master the follow-up after each sales call and close more deals.

1. Set the right follow-up expectations during the sales call

At the end of each sales call, ask your prospects what they think would be the best next steps. Use this to gauge their interest and then suggest your own action items.

Of the several thousand calls Fireflies analyzes every month, we noticed the best reps allocate around seven minutes to clarify next steps. We also analyzed that over 80% of calls will run over time so allocating just enough time for next steps prepares you well for the next interaction.

In your next steps, outline how you will be reaching back out to them. If the goal is to book another meeting, try to have them open their calendar in front of you and confirm a time before the end of the call.

2. Remember to email before and after the sales call

You’ve got a calendar full of appointments. That’s a good sign, but many of these calls are not going to happen because the prospect will get busy and forget. Reminders are important at least 24 hours before an upcoming meeting and within 24 hours after a meeting.

At Fireflies, we saw a 16% increase in the number of prospects that showed up due to sending these time sensitive emails. At the end of the day, you are asking prospects for their time. It’s our responsibility to keep them in the loop.

It also helps build momentum because the worst feeling is waiting on that sales call and not seeing anyone join the meeting. Fireflies captures dozens of calls every week for reps. We’ve analyzed 1 in 13 calls led to someone waiting on the conference line but eventually ending the meeting prematurely because no one showed up. This just hurts any rep's confidence, so remember to send that gentle nudge. It will be well worth your time.

Post meeting follow-ups should briefly summarize what was discussed as well as the key next steps. You don’t have to write a page long email. Something short and courteous works better but make sure to put the ball in back in their court as well as owning up to what you will do after the call.

The first thing our reps go through every morning in their CRM is seeing who they need to touch base with and which folks have not opened their emails yet. An easy to use CRM like Salesflare is a huge advantage when you can you have your follow-up emails automatically logged. This helps reps continue the conversation and gives them all the info they need to see in one place like who is opening their emails and what sort of follow -up templates are working.

The Fireflies and Salesflare integration goes a step beyond and also automatically log call activities, meeting notes, and transcripts right back into your Salesflare CRM. Being able to send detailed follow-ups after reviewing meeting notes and transcripts helps add that extra personal touch. More importantly, it helps you document tasks more accurately in Salesflare after each meeting.

4. Make sure the call to action is clear

Don’t ask for too much on follow-up emails. Even if you are doing everything right, response rates are naturally going to be low. This is especially the true if they coming after cold calls. The best thing you can do is keep your requests simple. Don’t send 10 different links asking them to take multiple steps.

If you are trying to get a follow-up meeting, keep the context to just that. Not all follow-up emails are about scheduling a meeting, sometimes it’s waiting on them to send something back or pay an invoice.

It can get pretty frustrating when you start feeling like you’re repeating yourself. When this happens, space out your cadences. Don’t assume that they are ignoring you on purpose. If you have that attitude, it’s going to be tougher than ever to follow-up. As long as you are not pestering them and they haven’t explicitly said no, continue following with the best intentions.

5. Have a specific reason for touching base

To go back to what I mentioned earlier in point number 4, while it is important to keep your call to actions simple you also don’t want to be following up for the sake of following up. During every interaction, try to give back a little bit of value. If the prospect’s company was in the news or there are important developments happening, bring that up.

This is where it is so important to actually pay attention during your previous interactions. Fireflies has a neat capability to let you skim all your past calls in less than 5 minutes and lets you search for key topics and phrases. Our reps use this capability to remember the subtle details and build their follow-up conversations on those small facts that the prospect mentioned on the call. It’s the subtle details that help you send personalized follow-ups and show that you were paying attention. Treat each follow-up as an opportunity to provide incremental value. Eventually, it will pay off and you will get the response you were looking for.

There is no one right way of following up. Templates will only get you so far. The key to good follow-ups is personalization and persistence. Be proactive and have all the information you need in front of you. Half the battle is retrieving past conversations and interactions and knowing when to follow up. Use your CRM to good effect and streamline your process with data automation tools like Fireflies to make it easier on yourself.

A little about Fireflies:
Fireflies is a conversation tracking platform that automatically records, transcribes, logs your calls inside Salesflare. Our Salesflare integration is now officially live and can be accessed here.

We hope you liked this post. If you did, spread the word!

To keep up with our Masterclasses, and learn about startups, growth marketing and sales: 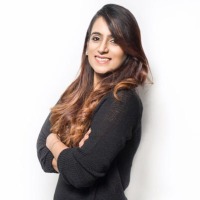